Kirk has arrived! (I know it’s not named after this Kirk, but I can’t help myself.)

WordPress 5.3 just dropped and while listening to all the buzz on Twitter, it was apparent to me that this release is special. Not just for the WordPress community, but the people on the ground using WordPress every day. The people who maybe didn’t even notice there was an update or who don’t know where to look for details on that update.

The updates in 5.3 are for the little guy, but they’re for the WordPress community as a whole. That’s a balance I’m really pleased to see.

Anders Norén led the design team for the new Twenty Twenty theme. And it. Is. Gorgeous.

As of this posts publishing date, I’ve got it up and running on this very site. For the first time, it truly feels like the default theme is not just a default blank slate that’s there to rever to when things go wrong. But it’s a beautifully crafted design that takes accessibility and style into account.

I was amazed to actually find that, once I activated the theme, my Gutenberg editor reflected the design and style of the page exactly for a truly WYSIWYG experience.

After playing around a little bit with the customizer, I was super happy to find out how easy it is to fiddle with the design and settings. The organization of these options is neatly and intelligently organized.

For a novice WordPress user who is intimidated by a ton of options, or easily frustrated by feeling locked out of customization, this is a huge improvement.

Claire Brotherton has a really excellent deep-dive into Twenty Twenty if you want more info.

In addition to being able to see my colors, fonts, and layouts in the editor, Gutenberg as a ton of new boosts in 5.3.

Not everyone knows that releases to Gutenberg come out separately from core releases. If you didn’t, but you just updated to 5.3, it means you get all those new Gutenberg features now. Which is great for users who aren’t in-the-know.

There are too many improvements to detail out here, but Kinsta did a fantastic job of highlighting some of the best.

Here are a few of my favorites.

The new Group block is going to be a game-changer. It basically acts like a section or row that you would see in a builder like Elementor or Divi. It’s a bit scary to think about Gutenberg adopting features like this and eventually cannibalizing builders like those; hopefully, it will just mean more innovation from the developers or those builders.

When trying to upload images for my 100-selfie challenge recently, I found that improperly-oriented images were a beast to try and fix. But we now get automatic image rotation to account for that.

Some serious improvements have been made to the column block. Before, it was pretty clunky and it was difficult to arrange intuitively. Now, you can use a handy slider to adjust the width of columns.

An improved table block supports text alignments in columns, table header and footer, and background colors. I’ve never, ever found a decent table builder in WordPress and I’ve had almost every client I’ve ever had request one. This one is the best I’ve ever seen.

At WordCamp Orlando this year, I was on a panel where we talked ethics on the web. One huge topic for conversation, which got its own panel at WCUS, was auto-updates. And one of the proposed solutions was admin email verification.

For a casual WordPress user – or someone who lets their site run without logging in very often – this is key. It means that changes in ownership of the site or changes in email addresses won’t mean you lose control over your site. And at the end of the day, it means a safer web for everyone.

The assumption that people are logging into their sites regularly to make updates or post new content is ideal, but unrealistic. This feature is necessary to ensure admin email addresses are kept up to date.

All in all, this is probably my favorite thing about 5.3. (Don’t hold me to that!) Most every-day users are not in the habit (and don’t have the time) to compress or resize images before uploading them to WordPress. And when their site is slow, they don’t always see image size as a factor.

WordPress 5.3 will automatically detect large images (with a default threshold of 2560px) and generate a “web-optimized maximum size.” The threshold is used as the max-height and max-width value to scale down the image for use as the largest available size.

Now the original file will still be stored on the server, which may not be helpful as far as server resource limits are concerned. But for the every day user who is looking at page-specific site speed, this is a huge deal.

I recently uploaded an image that was 3.2 MB on my hard drive. As soon as I uploaded it to the Media Library, it was automatically compressed to 278 KB. That is a huge savings as far as the resources that are pulled on the page where this image is displayed.

We may not be saying good-bye to image compression plugins altogether. This may even pose a larger problem when it comes to server resources.

But this function is a prime example of a way that we can use this technology that we build together to tackle big problems. WordPress users of every level can remove image sizing/image compression as a roadblock on their way to publishing the content they want, the way they want it.

Immediately upon updating, it’s obvious that the admin areas and UI have taken a huge step forward in terms of accessibility. Seeing this in a core release proves that we are making accessibility a priority, which is a win for all users.

In addition to the changes made to Gutenberg I mentioned before, we’re seeing higher contrast outlines around areas and buttons, in addition to how accessible Twenty Twenty is itself.

These changes are not universally loved. Some people think that the overall design of the new admin area has taken a hit. I agree with people who assert that important buttons – like an “Add New”, for example – now just blend into the others. As Kevin puts so eloquently in his tweet below, we’re looking at a disparity right now between accessibility and affordance.

I’m excited to see later versions of the admin area design as it’s tweaked and refined to include both sides of this story.

645 contributors put their stamp on this version of WordPress. That’s a lot. That is 645 people who volunteered their time and energy to make this thing a reality.

What does this mean for the little guy? More and more of us are actually getting involved. 645 contributors makes it feel much less like an exclusive group of people. It’s an indicator that there is less gatekeeping and that more first-time contributors are stepping up.

Lots of people contributing to core is not a new concept. But seeing this number makes me hopeful. It even makes me feel like I could be one myself, whereas previously, I’d always felt like I didn’t really have that much to offer. 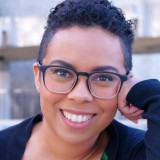 Allie is a tech support team member at GiveWP, the leading WordPress donation plugin and travels to WordCamps as a GoDaddy Pro speaker ambassador. She owns Pixel Glow Maintenance, where she provides WordPress maintenance services to growing businesses.

6 replies on “What Does WordPress 5.3 Mean for the Average User?”

I hadn’t read about the image compression feature yet– thanks for sharing! Great overview, and super nice to see twenty-twenty in the wild!

Thanks for reading! Yeah, I didn’t know about it until someone on Twitter posted. It’s pretty great!

I am really enjoying the width sliding width and vertical alignment tools for columns!

The image upload limit is gonna help big time when someone uploads a 15MB image to the website.

Me too! And yes, immensely. I really hope this has universally positive results as far as speed and performance go overall.

Hi,
As one of WP 5.3 Release Focus Leads, I’d like to thank you for this great post. Working on a major version of WordPress is a long, never ending and difficult task, but reading at this kind of feedback is soooo great! Thank you so much for this post, very appreciated ❤️

Wow! Thank YOU for putting in so much hard work. I’m glad I could make you and your team feel appreciated.